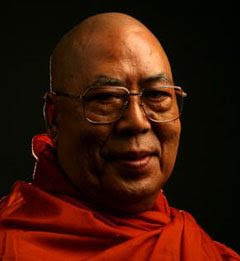 On May 5, members of the Burmese Community in the San Francisco Bay Area responded to news of the devastating Cyclone Nargis in Burma by forming a Joint Action Committee.

Just two days later, individuals and representatives of some 27 organizations came together for the first meeting of the JAC. At that meeting it was decided to initiate fund raising on multiple fronts and to channel relief funds via the International Burmese Monks Organization (IBMO) - aka Sasana Moli.

Because the ruling junta in Burma has shown that it can't be trusted to channel assistance to those in need, donor contributions have paled in comparison with those for the recent earthquake in Sichuan, China.

Some 2.5 million lives are at stake in Burma. The Burmese monks are trusted by the people and they are not waiting for permission from the junta to bring critically needed assistance to the cyclone survivors.

The IBMO was formed last October following the brutal crackdown of peaceful demonstrators in Burma the previous month. Burmese monks living in exile around the world came together in Los Angeles and formed the organization to raise international awareness of Burma's situation and to lobby international governments.
burmesemonks.org

The internationally renowned Avaaz organization has raised over $2 million and is channeling this money primarily through the IBMO. A recent report from Avaaz is here:
www.avaaz.org

Venerable U Pannya Vamsa - co-founder and Chairman of the IBMO who makes his home in Penang, Malaysia - will be in the San Francisco Bay Area this weekend.

U Pannya Vamsa has been on an international tour, urging the global public to join the ongoing struggle for Burma. For over 50 years, he has tirelessly worked to establish Buddhist centers around the world. He has now taken up the responsibility to raise funds for the victims of cyclone Nargis and to ensure efficient distribution of the collected donations. We encourage everyone to take advantage of this rare opportunity to hear a sermon by the abbot.