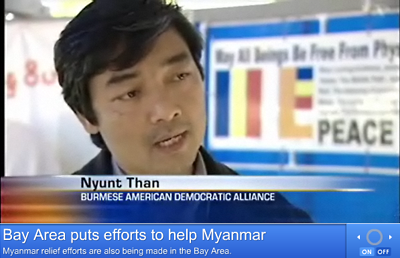 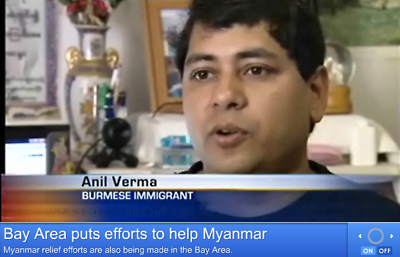 FREMONT, CA (KGO) -- The Burmese American Democratic Alliance (BADA) organized a fundraiser in Fremont and in just a few hours, they raised $5,000 dollars totaling 11,000 to send to Myanmar. The aid willl be sent in cash and will funnel through discrete channels in Burma and end up with Burmese monks. Burmese monasteries have offered refuge to many victims of last weeks cyclone and in the Bay Area, we witnessed the power of prayer and patriotism. READ MORE»
Posted by madnomad at 11:31 PM No comments: