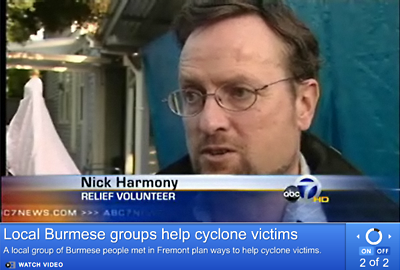 FREMONT, CA (KGO) -- As international relief groups struggle to get relief into Myanmar, some Bay Area groups are going through back channels to help out friends and family over there. A number of Burmese groups came together on Wednesday night in Fremont.

They're images seen around the world of the cyclone that tore apart villages, homes, and lives.

It's a pain that resonates and is felt thousands of miles away in the Bay Area. Dozens gathered in Fremont to figure out an action plan to help friends and family in the country they still call 'Burma.' Those in Fremont found the hampered and slow moving relief efforts frustrating. READ MORE»
Posted by madnomad at 11:45 PM No comments: 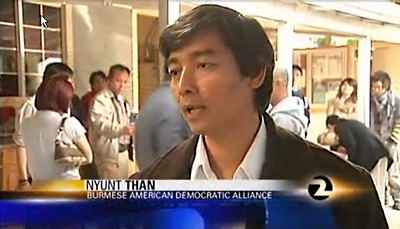 by Matt O'Brien, The Mercury News

OAKLAND - In the late 1990s, Kyaw Zaw was one of the most trusted young employees at Nan Yang restaurant in Rockridge, dutifully busing tables because he wanted to experience life in the United States.

This week, said Philip Chu, founding owner of the popular Burmese restaurant on College Avenue, his former employee is plowing through the cyclone-ravaged Irrawaddy Delta in hopes of saving lives.

"In fact, he just called this morning and said, 'We've got a boat, and are going to all the villages that are not accessible anymore,' " said Chu, a former political prisoner who fled Burma, now known as Myanmar, with his wife and children in 1969. "We are going to work directly with the people. Not the government or anything like that. Too much red tape." READ MORE» 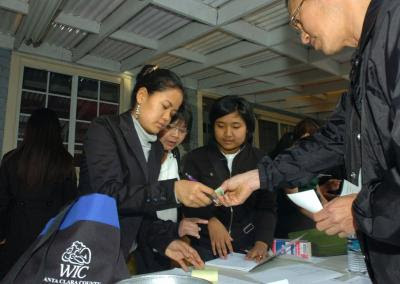 Posted by madnomad at 9:00 PM No comments: